Milano, Corea by Alasia and Montaldi returns after 50 years : a revolutionary journey into immigration 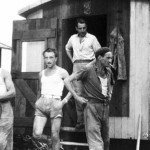 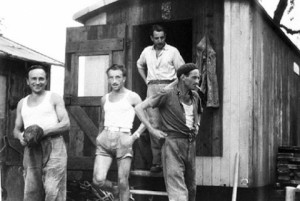 Rome –  exactly fifty years ago, in 1960, “Milano, Corea” was released by Feltrinelli, a look into the world of immigrants in Milan in the years of the Italian economic miracle by Franco Alasia and Danilo Montaldi with a preface by Danilo Dolci.

Half a century later, the work is being confirmed in its actuality and political validity through its reissue by Donzelli in a new edition with an introduction by Guido Crainz and a postface by Jeff Quiligotti. Both underline the book’s importance when it comes to the meaning of the enquiry into internal immigration and the workers’ conditions. Franco Alasia, recently deceased, was a Danilo Dolci’s close collaborator for many years, and he was asked by Dolci to collect interviews about the reality of workers’ conditions, from men and women, young or old, all come to Milano from the deep South, still today economically and culturally underdeveloped. Rereading these interviews and going back over this journey into immigration along with Alasia and Montaldi in that Italy suspended between agriculture and industry ,it is impossible not to think of today’s Italy. In half a century, only the features of the protagonists have changed: yesterday they were southern Italian “terroni”, today they are non-EU immigrants, but their destiny stays the same.

Danilo Dolci wrote in his presentation letter “Franco came to help me in a particularly difficult moment, even though he had a family: I think I owe him my life”. Danilo Montaldi wrote “The immigrants arrive here in Milan… They have been arriving every day for years… The immigrant does not express himself yet, but he can tell his own story , and for this reason all his hope is stranded at the terminal of lines 15, 16, 8 and 28, at the Albergo Popolare, in Corea”. Corea was a large immigrant neighbourhood, the first and often last stop on the painful quest for a better future.

Today Jeff Quiligotti writes “Milano Corea was a work of great scientific value, but also a very readable book that did not only belong to a circle of experts, but it also was a pamphlet that did not hide its polemical intentions”.

The 32 interviews collected by Franco Alasia are vivid portraits of men and women that made modern Italy, the Italy that came out of the war and was economically transformed with huge social contradictions.

“I am one of those who left his native land to come here. My place is Cavarzere, in the province of Venice…”

Francesco A, 42, from Sardinia

“I also made the mistake of coming to Milan because I thought that it was the city of goodness, but I just found the same difficulties as everywhere. I’d seen Milan as a fantasy… In Milan there are people who work, that know all about life, my intention was to get close to those people, but I haven’t found them yet”.

“I have to admit that I wasn’t born unlucky; but as I grew up trouble started in my family. When I was 17 my father died, and my brother didn’t come back from Greece the way he was before. And what’s more I had to think of my mother and my sister, because where I come from it’s like that, women stay inside the home…”

“What can I say? Do I have to tell you what it’s like for me here? You know, I had horses but then there wasn’t any more work and we sold them and came here to Milan. If men had invested their money in business we wouldn’t all be here; but men from where I come from keep their money for themselves…”

“I don’t know why I have only been selling myself for three years. I’m from this area, I started here at the Park and I come here every night after 11 pm. It’s a long story, my life is like a novel, I’ve seen all sorts and then there was the flood and we all came to Milan…”

A book with half a century of history behind it that feels like it was written today. To read or to reread, but in any case not to forget. As one doesn’t forget films that tell similar stories of internal immigration in the Italy of the Sixties.

Milano, Corea could have been a great film.