SlowMed kick off meeting: Mediterranean diet as a tool for dialogue 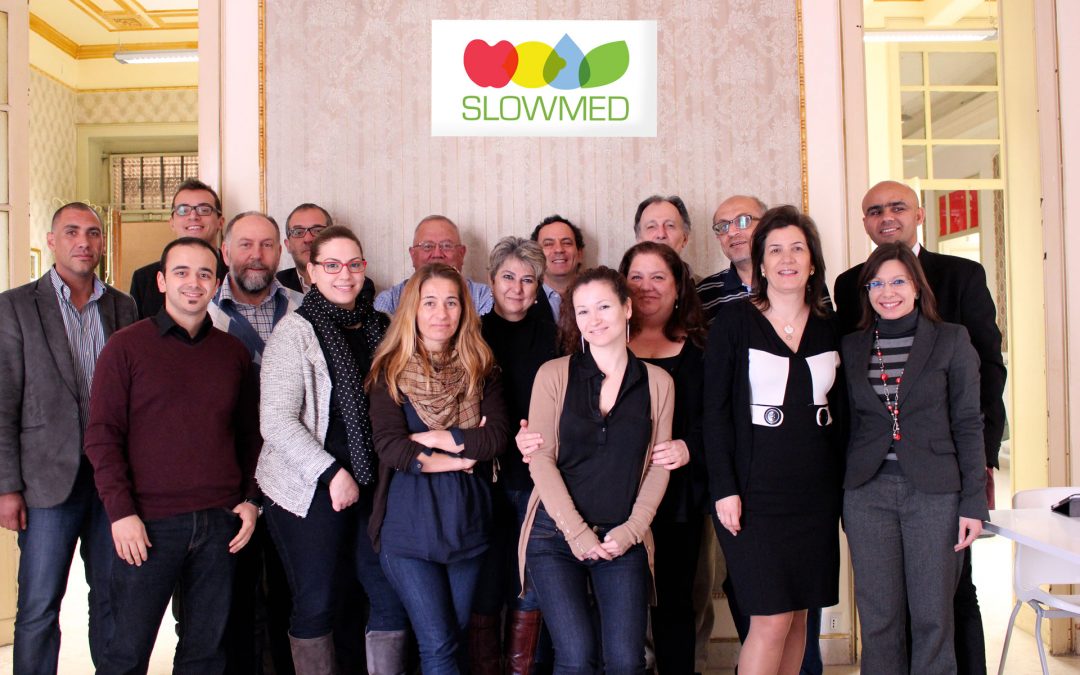 From Italy to Egypt, from Lebanon to Spain, from Portugal to Palestine: the Mediterranean diet is the common heritage, the fil rouge that unites all the countries involved in SlowMed project. SlowMed has been launched last March with a kick off meeting, that took place in Palermo from March 28th to April 1st. All the partners participated in this 3 day meeting to debate and discuss strategies and objectives of this long-term-project that would end in 2015.

Recognized as Intangible Cultural Heritage by UNESCO at the end of 2013 and regarded as a key tool for the promotion of tolerance and cultural diversity by the Council of Europe, the Mediterranean diet is a fundamental patrimony for Mare Nostrum. The purpose of SlowMed is to valorize it and to promote a dialogue based on creativity, aimed at strengthening Mediterranean cultural identity, founded on its culinary traditions, besides fostering the acknowledgment of food as a means of communication between peoples and civilities.

To reach its goals of preserving and promoting the Mediterranean Diet, SlowMed will initially involve 60 people, divided up in 6 local working groups – one per partner country – each of them will be composed of chefs, film makers, nutritionists and experts in food communication.

During the kick off meeting, which took place at Centro per Lo Sviluppo Creativo Danilo Dolci in via Roma 94, participants have debated the standards for selecting the members of the future local working groups and the scopes of their activities. The project “Slow Food as a means of dialogue in the Mediterranean contexts – SlowMed”, coordinated by Centro per lo Sviluppo Creativo Danilo Dolci, has a total budget of 1.054.598,60 Euro, co-financed for 90% by European Union (ENPI CBC MED Mediterranean Sea Basin Programme), through the programm European Neighbourhood and Partnership Instrument. The other partners of the project are Bibliotheca Alexandrina (Egypt), Arab Resource Center for Popular Arts (Lebanon), Mediterranean Diet Foundation (Spain), In Loco Association (Portugal), Chamber of Commerce of Industry and agriculture of Zahle and Bekaa (Lebanon), Battir Landscaspe Ecomuseum (Palestine) and Health Department of Sicilian Region (Italy).

SlowMed project is coordinated on behalf of Centro per lo Sviluppo Creativo Danilo Dolci by Alberto Biondo. The call for participants will be issued within few days.