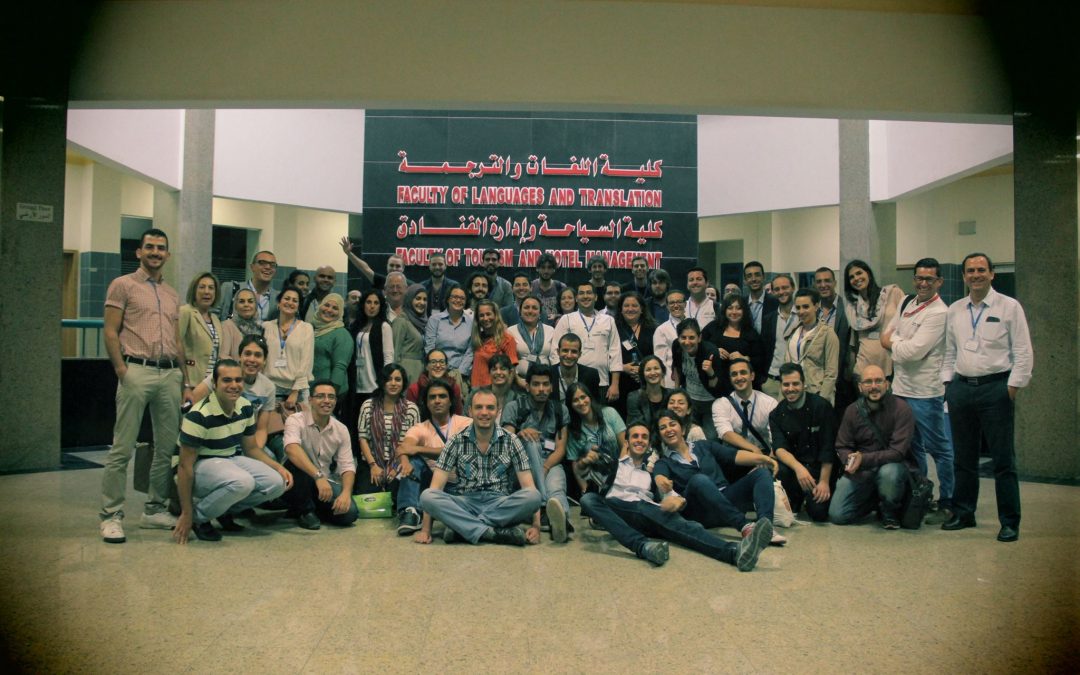 Now they have faces and voices to be remembered, together with their hands filthy of food or busy in shooting a video-recipe for a particular dish. This way, under the Egyptian sun of Alexandria, between the shelves of Biliotheca Alexandrina and the kitchens of Pharos University, SlowMed felt the spirit of a creative intercultural project involving six Euro-Mediterranean countries. It is no longer made up just by the regional research, digging deep into each culinary tradition to preserve and highlight it: today, it is also about the aspect of comparison and challenge – with the Mediterranean Diet being the final winner – representing a crucial part of Slowmed. This way, exchanging ideas and recipes, the international meeting took place from the 26th to the 30th October in Alexandria, Egypt, gathering over 70 people from  the two sides of Mediterranean Sea.

During three intense working days the participants introduced themselves to their peers, making a self-description to tell something about their food and vice versa. This way, we can see the faces of the Spanish Ana and the Italian Vincenzo, of Catarina from Portugal and the Libanese Sharif, of Sameh from Egypt and Haya from Palestine, as well as all the others Mediterranena Diet and Culture lovers belonging to the six involved national groups. A collection of sounds and images from each country was made in order to show everyone’s own Slowmed story to the others. This path was combined with the introductions to the Mediterranean Diet and the concept of intangible heritage by doctors, sociologists and experts.

However, it was right at the Pharos University that Slowmed community became the main character during the parallel meetings devoted to the different positions foreseen by the project: while nutritionists and food communicators were developing a first draft of the book of recipes for food education, and video-makers and scene directors confronted each other on the script of each documentary on Mediterranean Diet, chefs put it into practice cooking the dishes they had chosen to represent their own culinary tradition: a real party filled with colors and flavors to celebrate this international meeting, which also received the Expo 2015 patronage.