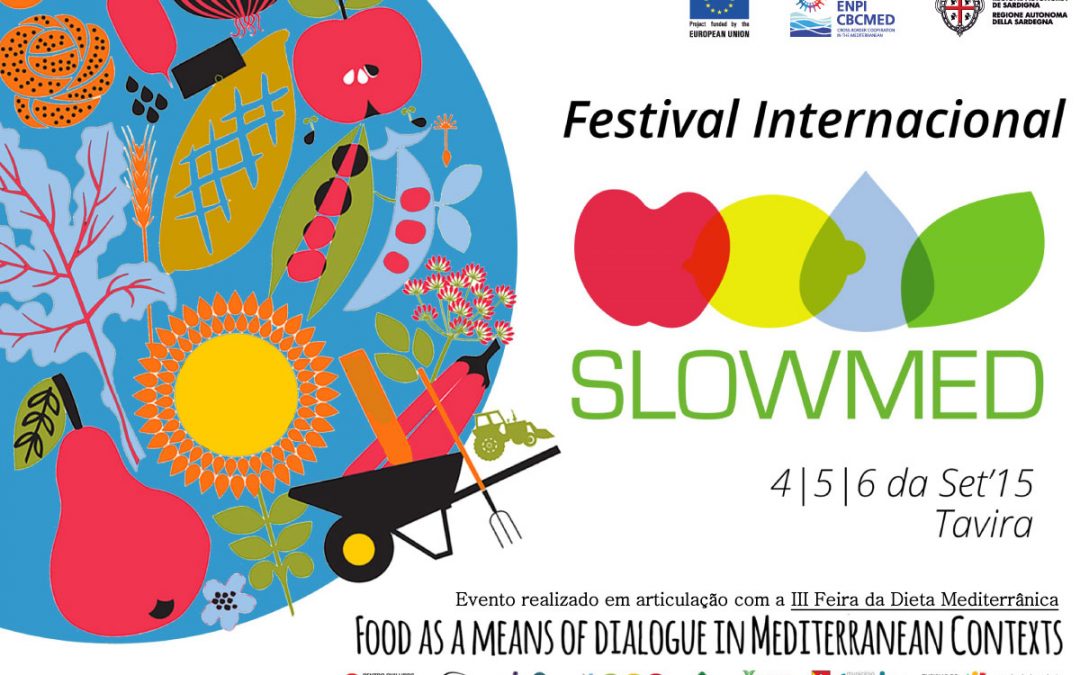 The international event organized in the frame of the project SlowMed – Food as Means of Dialogue in Mediterranean Context, co-funded by the ENPI CBC MED programme and sponsored by EXPO Milano 2015, will be held in Tavira, Algarve, a region in southern Portugal.

During the event – that will take place from the 4th to the 6th of September – the partner countries Italy, Egypt, Portugal, Palestine, Lebanon and Spain will celebrate the diversity and excellence of the Mediterranean diet and culture through various activities that will involve the Local Working Groups that in the past months have been working on the project. In particular, approximately 90 participants – including 24 chefs, 24 filmmakers, 6 nutritionists, 6 experts in communication and food and various other personalities interested in the subject – will debate, discuss, but also “compete”.

As a matter of fact, the rich program of activities, besides national culinary exhibitions, round tables, guided tours to discover the territory and gastronomy of Algarve and workshops for children, will also include a competition on Mediterranean Fusion Cuisine: 4 international teams of chefs with one member from each of the partner countries will compete with each other by offering dishes with typical features of their different Mediterranean cultures, by mixing different experiences and culinary traditions from their countries.

Moreover, each national team will present their own documentary, a short film produced in recent months as a result of a local research on their different culinary traditions.

The leitmotif of the event will always be the Mediterranean diet as means of dialogue between cultures, as well as of an healthy lifestyle and an element of collective memory and common tradition among Mediterranean countries, looking for strategies, best practices and trends for its promotion and development.

This festival, that will be held in the frame of the 3rd Fair of Mediterranean Diet, will assure the most visibility to the project.

To learn more, check out the detailed programme of the event.