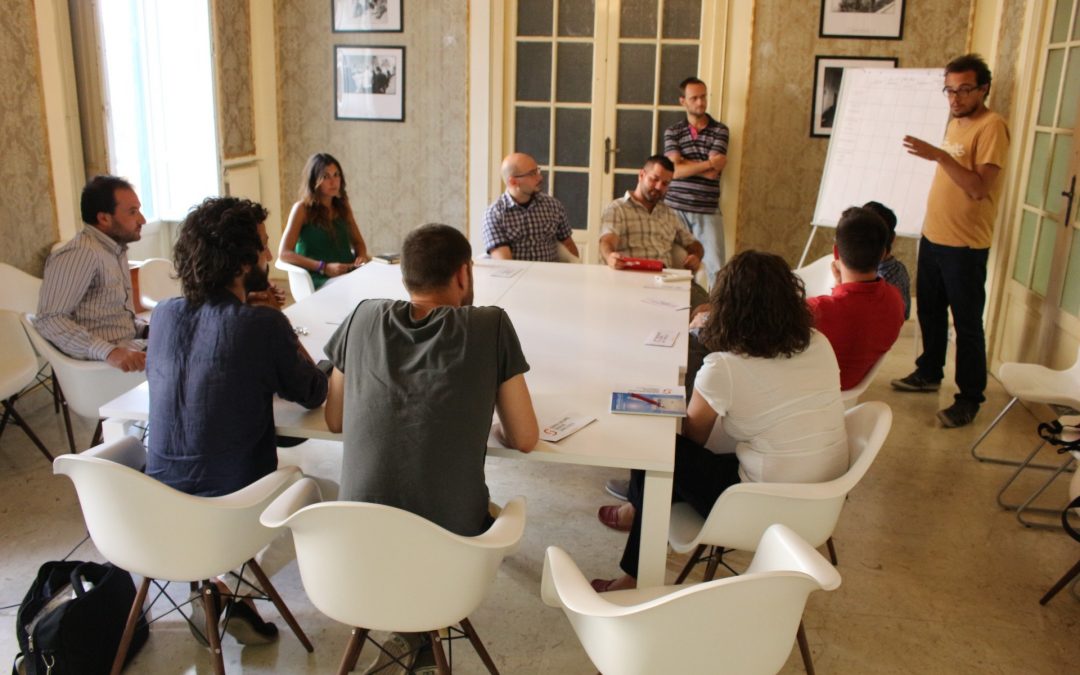 Two film makers and four cooks, two scene directors, a nutritionist and an expert in food communications; these are the ten members of SlowMed Italian working group. The team gathered for the first time on July 10th at Centre for the Creative Development Danilo Dolci, in Palermo. Selected through an accurate and strict procedure by the end of June, group members immediately started proposing fascinating ideas for developing a research about the evolution of Mediterranean Diet in Sicily, stressing their prominent willingness to actively participate in the project.

Stage by stage, this research will be an enriching journey through Sicily, aimed at discovering traditional recipes and food raw materials, typical to Mediterranean diet. In addition the team will also look for the cultural influences that nurtured and fostered the evolution of the culinary traditions. This process will be targeted at bringing out those actors who have been adopting a sustainable attitude towards nutrition, by preserving both food heritage and fish diversity. This journey will end this autumn, but the team will meticulously document its activities in a research diary, constantly updated on SlowMed website.

In the upcoming weeks, the group will meet again to start outlining their research, by planning its stages in detail. In the end, all the collected materials will be used to film a documentary about features and aspects of Mediterranean Diet in Sicily. Besides they will also cure the release of a children’s handbook, containing some of the most intriguing recipes. At the same time, the other local working groups will create similar products in all SlowMed partner countries (Egypt, Lebanon, Palestine, Portugal and Spain), so as to encourage the emergence of similarities and differences in Mediterranean gastronomies. This encounter will take place in October, during an international meeting held at the Library of Alexandria in Egypt; therefore it will be re-enacted during a festival about Mediterranean Diet, taking place in June 2015 in Portugal with the participation of all the local working groups.